The establishment of the British Empire in India through victory at Plassey and its subsequent confirmation at Buxar encouraged them to expand into other parts of India. Odisha’s location within India and proximity to Bengal drew the British to occupy it. The Maratha rulers’ mismanagement, atrocities, and exploitation had rendered Maratha rule intolerable to the Odias. From the time the East India Company was granted Diwani of Bengal, Bihar, and Odisha, the British desired to establish their supremacy on Odisha’s soil. However, the fragile and weak Maratha administration provided an excellent opportunity for the British to realise their ambition of establishing their authority over Odisha. In this regard, steps were taken to occupy Odisha, which was finally occupied by the British in 1803.

Causes for the British Conquest of Odisha

The following factors contributed to the British occupation of Odisha:

After Januji’s death, the internal conflict among the Bhonsles of Nagpur weakened the Marathas, which had an effect on the Maratha rulers of Odisha. As the decline began among the Marathas, their powers gradually dwindled, for which they received insufficient assistance from Nagpur. Even for the purpose of subduing the unruly land lords, they needed British assistance.

Taking advantage of the Marathas’ incompetence in Odisha, regional land lords became irresponsible and oppressive. They engaged in a variety of illegal activities, and their oppression of the subjects knew no bounds. Odisha’s political situation was chaotic and perplexing. The zamindars exploited Odisha’s poor common man according to their whims and fancies. Their miserable circumstances grew worse, and they drank a cup of misery. Thus, the people required the removal of both the oppressive Marathas and the zamindars.

To establish a strong economic and military base in Odisha, the British established factories in various parts of the state. The British recognised the economic importance of Odisha with the grant of Dewan, of Bengal, Bihar, and Odisha to the East India Company in 1765. When the British established factories in Hariharpur, Pipli, and Balasore, they recognised the province’s commercial importance. Additionally, the British obtained permission from the Marathas to maintain their monopoly on salt manufacturing in Odisha. The trade routes connecting Cuttack to Bengal, Madras, and Nagpur significantly facilitated their business.

The British authorities recognised Odisha’s military significance. As previously stated, Warren Hastings was required to give Chauth and advance loans to the Maratha governors to facilitate the passage of the British army from Calcutta to Madras via Odisha. With the appointment of Lord Wellesley as Governor-General of India in 1768, the Indian powers felt the cold hand of British imperialism acutely. He wasted no time annexing Odisha and incorporating it into the British Empire.

Lord Clive obtained the Northern Circars of Chicacole, Rajahmudry, Ellore, and Guntur as a free gift from Emperor Shah Alam in 1765 through the grant of Dewani, which included the present undivided Ganjam district. Midnapur, which was a part of Odisha, was also acquired by the British East India Company. Thus, the British authorities acquired tracts of Oriya in both the south and north. This enabled them to easily conquer Odisha.

Thus, the Northern Circars, which included the undivided Ganjam district at the time, came under British occupation. English administrative officers immediately relocated from Madras to secure Ganjam and Icchapur. Cotsford, an English engineer, was appointed Resident of Ganjam on 2 December 1766 by an order of the council. Cotsford examined the area’s political situation and discovered that territories north of Visakhapatnam were in turmoil as a result of Narayanadeva of Paralakhemindi’s grand design. He informed Madras of this fact.

The Madras Government desired to deal with Narayanadeva’s contempt and scorn at this point. Colonel Peach was dispatched from Masulipatam to deal with the chief’s obstinacy. Narayanadeva became panic-stricken upon this arrival and fled from Paralakhemundi, having been defeated by British troops at Jalmur in May 1768. He then proceeded to Maliahs, where he was forced to seek refuge. His Dewan was entrusted with the administration of Paralakhemundi. Cotsford arrived safely and took over as Resident in July 1768. As a result, Ganjam was annexed by Madras province and came under the British administration’s control.

They took the following steps to occupy Puri:

Diplomacy of Wellesley on Lord Jagannatha

Lord Wellesley desired to capture Puri and Cuttack through his diplomacy alone. Letters were sent to the feudatories of Odisha informing them that Lord Jagannath desired for the British to oust the Marathas from the land. The Governor-General communicated to the populace that the time had come to liberate the land from the Marathas’ oppression and tyranny. Additionally, the priests of the Puri Jagannath temple were assured that they would be respected by Britishers and that the British authorities would maintain a policy of non-intervention in matters pertaining to the temple administration.

Bribe to the Marathas

When the people of Odisha were psychologically won over, occupying the land was not a difficult task for the British authorities. In the subsequent turn, Wellesley engaged in a filthy practise of lavishly bribing Maratha officers. Letters of commitment for the payment of a large bribe were sent to Bhanuji Pandit, the Naib of Cuttack, Haribansa Ray, the Dewan, Balaji Kuanr, the Commander-in-Chief, and Moro Pandit, the Faujdar, in exchange for their assistance to the British force. Convinced of their support, Wellesley entrusted the task of conquering Puri and Cuttack to Lieutenant Colonel Campbell of the 74 Regiment of the Madras Government’s Northern division.

Campbell was to travel from Ganjam to Puri in accordance with the strategy. Following the British occupation of Puri, the fort of Barabati, a Maratha stronghold in Odisha, was to be brought under British control. Suddenly, following the conquest of the Barabati fort, a detachment was to be sent to Baramul Pass (near Baud) to keep an eye out for Maratha troops advancing from Nagpur. Campbell’s serious illness prior to the strategic operation prompted Colonel Harcourt of the 12th Regiment to assume command of the army once more.

Harcourt began his operation on 11 September 1803, the day he assumed responsibility. He was accompanied by a civil officer named John Melville in order to organise civil administration immediately following the province’s occupation. When the British troops left Ganjam, they had to negotiate a narrow and perilous path near the mouth of Chilka lake in order to reach Maratha territory in Odisha. This was only possible because Fateh Muhammad, the Maratha Faujdar, kept a watchful eye on this strategic position. He was, however, swayed to the British side by a substantial bribe. Now, with Fateh Muhammad’s assistance, the British troop crossed the narrow passage and occupied Manikpatna. Harcourt sent a message to the priests of Puri from Manikpatna requesting that they protect the temple of Lord Jagannath completely and refrain from infringing on the priests’ privileges. The king of Khurda was also persuaded to lend his assistance to Harcourt in exchange for a payment of one lakh rupees. The Raja of Khurda and the priests of the Jagannath temple desired the end of Maratha rule. They enthusiastically welcomed the British troops. Puri was captured on 18 September 1803 without resistance. This greatly aided Harcourt.

Puri’s occupation encouraged the British to continue processing. They devised a complex plan to seize Cuttack. Harcourt planned his march to Cuttack by making necessary arrangements to halt the Maratha army’s possible advance from Nagpur. Lieutenant Ogilvie and Major Fletcher were stationed at Manikpatna and Puri, respectively, to deal with Maratha forces.

Harcourt began his march towards Cuttack on 24 September 1803. Naturally, the Marathas resisted the British soldiers’ advance, and it became toe in Ahmadpur and Mukundapur. However, Harcourt’s artillery force defeated the Marathas, and by 10 October 1803, the entire town of Cuttack, except for Fort Barabati, was under British control. The fort of Barabati appeared to be impregnable. Harcourt attempted to bribe Shiv Prasad, the Maratha officer in charge of the Barabati fort, but his scheme was a complete failure. On the night of 13 October 1803, British troops established a battery of one 12-pounder, two 6-pounders, and two howitzers 500 yards from the fort’s outer gate. Fort Barabati’s capitulation operation began on 14 October 1803, early in the morning, with a heavy bombardment from all canons at the fort’s outer gate, which cracked. A group of soldiers and artillerymen led by Lt.Colonel Clyton stormed into the fort and occupied it despite heavy fire from the Marathas.

Fearful of the British army, the Marathas fled the fort, and many were drawn into the ditch. Only two European and three Indian soldiers were killed during the operation, while sixteen European and thirteen Indian soldiers were injured. With the surrender of the Barabati fort, the Maratha rule in Odisha came to an end. Major Forbes pursued the Marathas to Nagpur via the Baramula Pass, captured it on 2 November 1803 and effectively ended the Marathas’ presence in Odisha for the foreseeable future. After capturing the Barabati fort, Lord Wellesley appointed a commission comprised of Harcourt, Melville, and Earnst (the magistrate of Midnapur) to deal with the local chiefs who were feudatories of the Nagpur Marathe chiefs. The Rajas and zamindars of Khurda, Kujang, Kanika, Aul, Mayurbhanj, Angul, Hindol, Darpan, Sukinda, and Madhupur, among others, acknowledged British suzerainty and pledged to pay the annual tribute to the British authority. At the outset of its administration in Odisha, the British power reached an amicable agreement with the local chiefs.

Meanwhile, Captain Morgan’s strategy at Balasore was successful in driving away the Marathas. After crossing the Budhabalanga river, he led a detachment of seven vessels, including the Alexander, Anne, George, Fairdie, Lizard, and Scourage, as well as a gun boat, to Balaramgarhi. Balaramgarhi was a Maratha port of a small size. The Marathas allowed the British army to advance towards Balasore town without resistance. Although the British vessel sailed up the river with the assistance of local pilots, their progress slowed significantly due to the torrential rain.

Morgan’s decision to proceed with two light canons and three hundred soldiers in small boats was prompted by rumours of the arrival of Maratha troops to oppose the British army. While marching through the town, the party encountered only feeble resistance from the Marathas. Morgan, on the other hand, arrived at the British factory late at night. He attempted to bribe Moro Pandit, the Maratha Faujdar of Balasore, but the Marathas seized the opportunity and imprisoned him.

Captain Morgan’s mobilisation of British troops instilled fear in the Marathas, who fled the town late at night on 21 September 1803. The following morning, 22 September 1803, Captain Morgan easily occupied Balasore. He stationed British troops on the outskirts of town in case of a Maratha attack. After a week of stabilising the British position in Balasore, Morgan dispatched reinforcements to Soro, led by Slye, to drive out the Marathas. Additionally, troops were dispatched to bolster his position.

At Soro, the Marathas were defeated and fled to Bhadrak. The route from Balasore to Cuttack was now clear. Colonel Ferguson, meanwhile, marched from Jajeswar to Balasore on 4 October 1803. Following that, he travelled to Cuttack to join Harcourt. The operation then began to the north-east of the Suvarnarekha river. Captain Lamb occupied Pataspur, Kamarda, Bhograi, Shahbandar, and Jamukunda on Colonel Fenwick’s orders and brought the zamindars under British control through a combination of conciliatory and coercive measures. However, on 17 December 1803, Raghuji Bhonsle ceded Cuttack and Balasore to the East India Company through the Deogaon Treaty.

Harcourt wrote conciliatory letters to the Rajas of Baud in response to Major Forbes’ occupation of Baramula Pass on 2 November 1803. Sonepur and Sambalpur tom recognise the British authority, which they gratefully acknowledged by paying annual tributes. Sambalpur, on the other hand, remained an exception. In January 1804, Major Broughton defeated Maratha Governor Tantia Pharnavis in Sambalpur.

He concluded amicable treaties with Sambalpur’s queen Ratnakumari and the local chiefs of Raigarh, Gangapur, Bamara, and Bonai, among others. Broughton, of course, was ignorant of the Deogaon treaty. Additionally, the Deogaon treaty made no mention of Sambalpur. Additionally, the local chiefs never desired to remain under Maratha suzerainty in Nagpur. 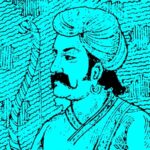